Volume I: The Fishing

For a few years now I have desired to go to Cuba for some flats fly fishing. All the talk for the past four years or so is how the place is the last unspoiled frontier of flats fly fishing in the western hemisphere. Turns out that Europeans, Canadians and a few Americans have been traveling there for a couple of decades to fish. But the nature of restrictions on commercial and subsistence fishing in many of the flats areas has left a lot of water relatively unpressured. However I was guarded in my expectations as to avoid any undue disappointment if things didn't turn out as hyped. Glad I was wrong. Turns out my expectations were greatly exceeded. The areas of Las Salinas and San Lazaro have only been guided using non-motorized poling skiffs until three months ago when real flats boat were brought in
. This opened up vast areas of unexplored flats that were previously not accessible. I also was able to fish the Rio Hatiguanico (Cuba's Amazon) for tarpon. On the Rio we saw not another soul. Only nature and rolling tarpon. Here's how it all played out in terms of species sought after. 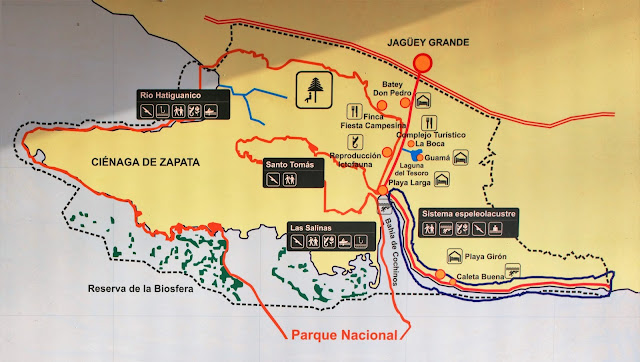 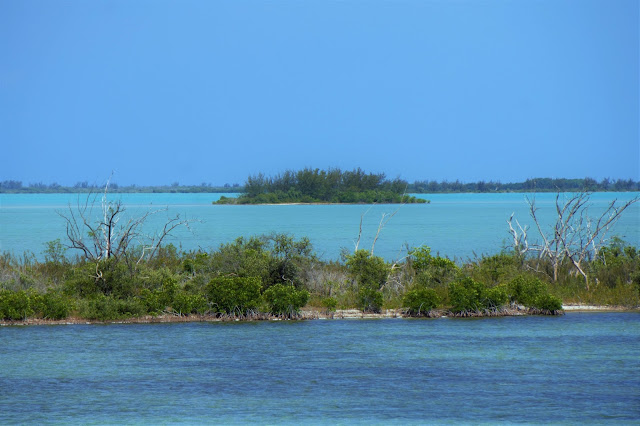 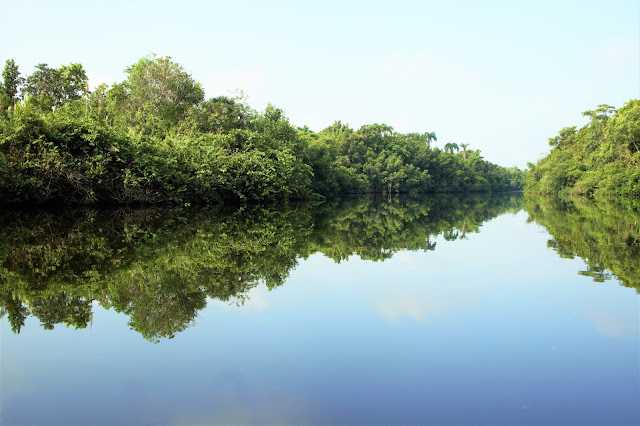 I fished a total of 2.5 days specifically hunting bones and whatever else showed up on the flats of Las Salinas and San Lazaro. Bonefish were numerous and encountered in singles, doubles and schools as large as 100 or more. In all of these days, I caught about 40 total bonefish and that is with giving them a break instead of continuing to hammer away on them. They averaged between 3 and 4 bounds with my biggest one to hand being about 6 pounds. Bone fish are incredibly powerful for their size and are just as about as much fun someone can have with a 7 weight! 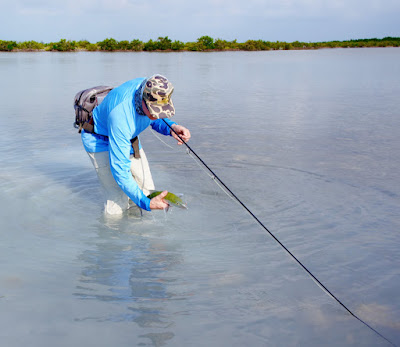 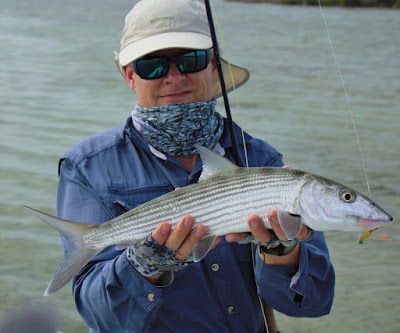 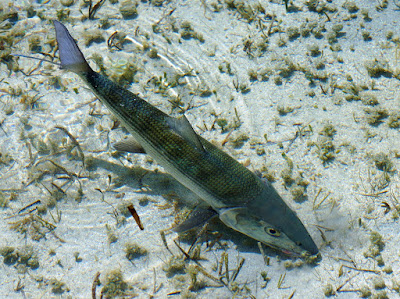 Several species of jacks and snappers are available in Zapata. The most prolific areas for these were the Bocas, or "mouths" that are the inlets to the flats system  from the Caribbean. I spent a whole day dedicated to fishing the Bocas where I caught a nice jack crevalle, several horse-eye jacks and three tarpon (see below). Jacks slam rapidly stripped streamers and poppers and tend not to be too finicky with there eating habits. Mutton, cubera and other snapper species inhabit the mangrove lined channels in the Bocas. However, I only caught one small snapper of a species not known to me. Another fisherman in the group from the hotel caught a 27 lb cubera one of the days of my trip and several nice mutton snapper were caught during the week. And besides the fishing the Bocas are a beautiful salty, tropical paradise. 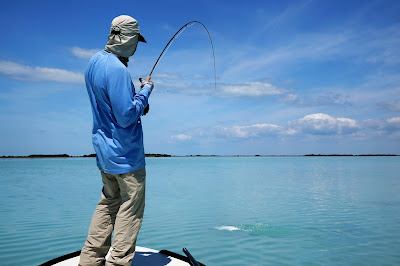 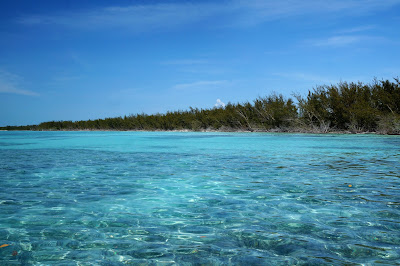 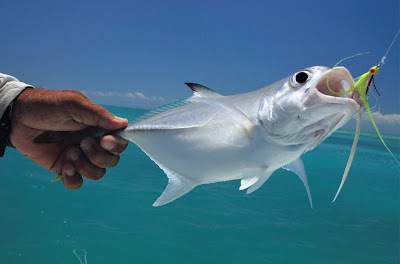 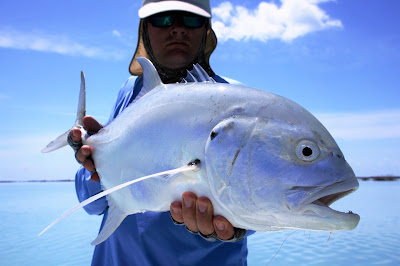 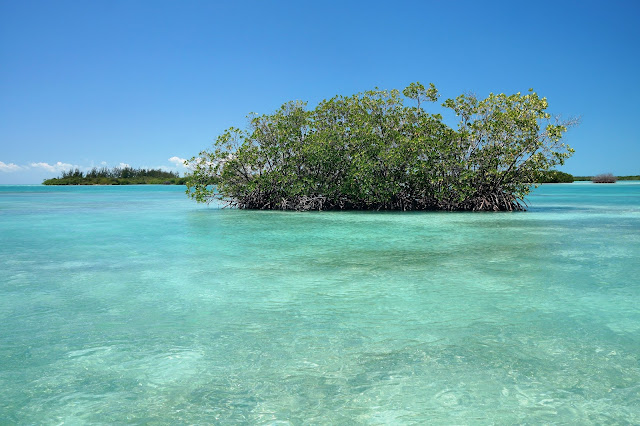 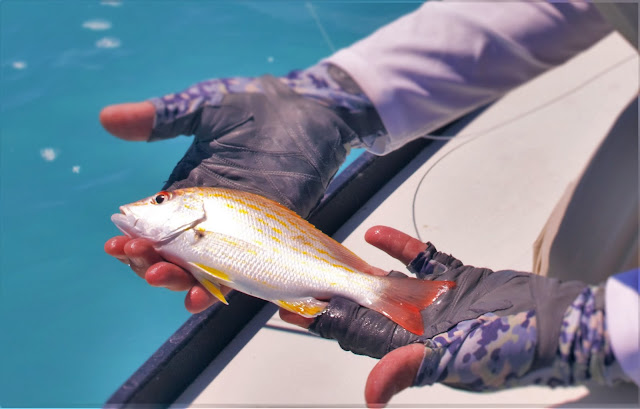 Silver kings were on my list for Zapata and the prime locations for them included the Bocas and the Rio Hatiguanico. I got lucky on my tarpon day (same day I fished for Jacks and snappers) at the Bocas because my guide Juan Carlos said that they were not always there. I caught three tarpon at at the Bocas and all of them were laid up in the mangroves. These  were coaxed out with flies cast in front of them. As my first tarpon fishing experience and I can tell you that there is nothing quite like a huge silver fish exploding up out of the water on your fly! This quickly became my favorite part of the week's fishing experience.

Fishing the Rio involved casting to rolling fish and stripping the fly back. Turns out you needed a full sinking line for best results but I only had with me a sinking-floating line so the fly rose up a bit with stripping. Thank goodness my guide Raciel was there to save the day with a sink tip he loaned me. But I only put that on half way through my first Rio day and got blanked on tarpon only to escape the skunk with a last cast catfish that ate a 2/0 black death. Not to worry though. I would be prepared for my second Rio day. Right away Raciel got out the sink tip (which was a bitch to cast by the way) and I was into a nice 15+ lb baby tarpon followed by a 30+ pounder. Raciel then informed me that larger fish patrolled the middle of the river so we pushed further for something meatier. That's when I got my best fish of the trip. Didn't have scale but it took me an hour land it on my 10 weight. See the pick below. How much do you think this fish weighed? I'm guessing 70+. 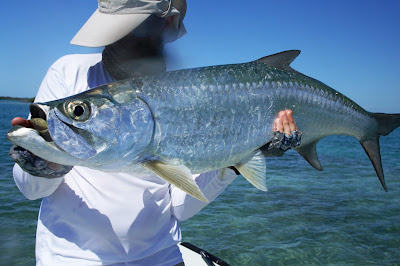 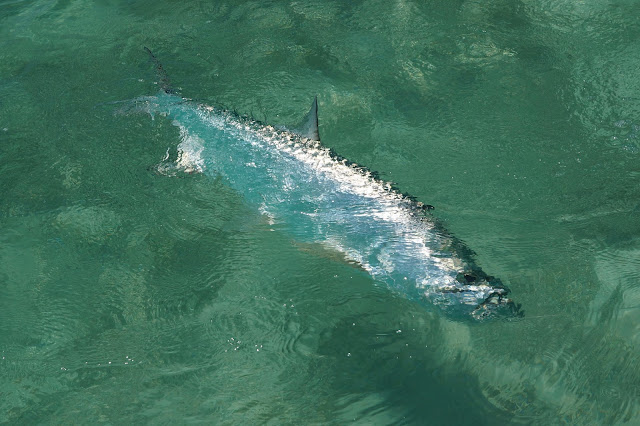 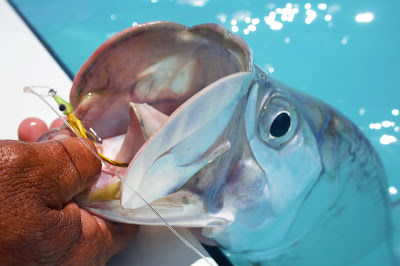 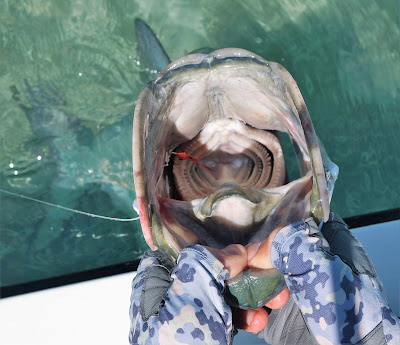 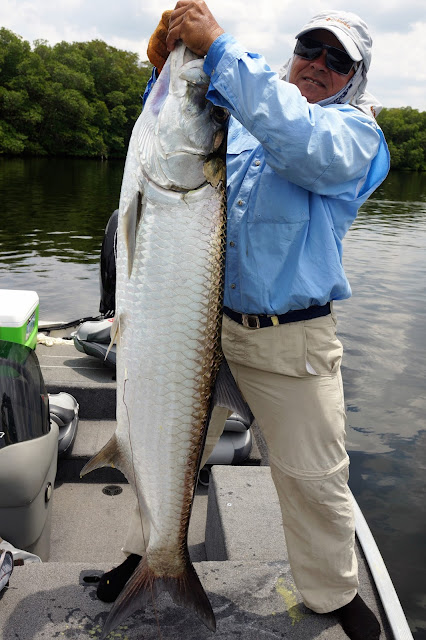 The Ones that Got Away

By now I'm sure you asking, "What about permit? Cudas?". Permit were relatively scarce but I did see a solo tailer and a school of five on another occasion. The solo fish made me when I raised up to make a cast a bolted. With school of five, I got off  a good cast but permit are permit and got no eat. I was not devastated however as I know permit obsession can be a powerful ailment. I will return. I will have other shots at the permit. But damn if I could've caught just one. Oh well, next time.

Barracudas were big and plentiful in Las Salinas and San Lazaro. However, you need strong wire and mono leaders to land them. I thought 30 lb leaders would be enough to handle the beasts but I got broke off on three good hookups. I'll be back with 40 lb wire next time.

I can't write this post and not give credit where it is fully due. My Cuban guides were top-notch  fly fishermen who always had me on fish and were adept in all aspects of the flats and river. Not to mention they were just great guys and pleasure to fish with. To me, it appeared they had the best jobs in the whole area surrounding Playa Larga. There is much more to say about this subject so I will in a subsequent post.Anyone going to fish Zapata would be lucky to have Juan Carlos and Raciel as their guides for the week. 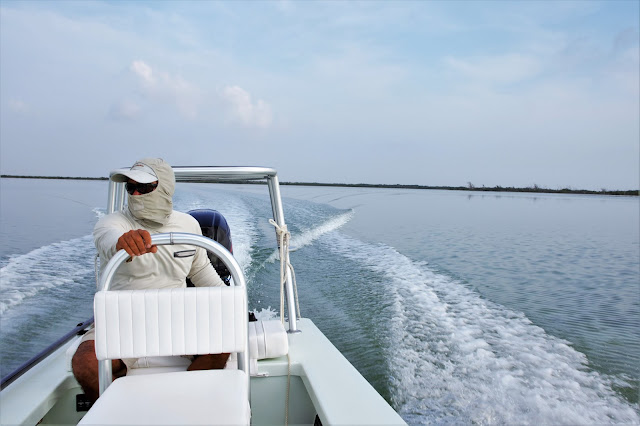 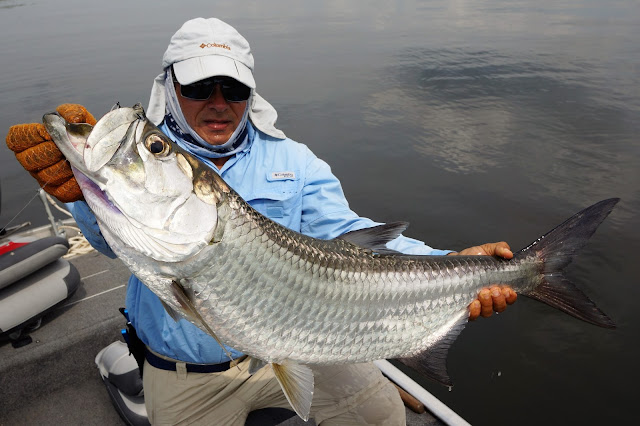 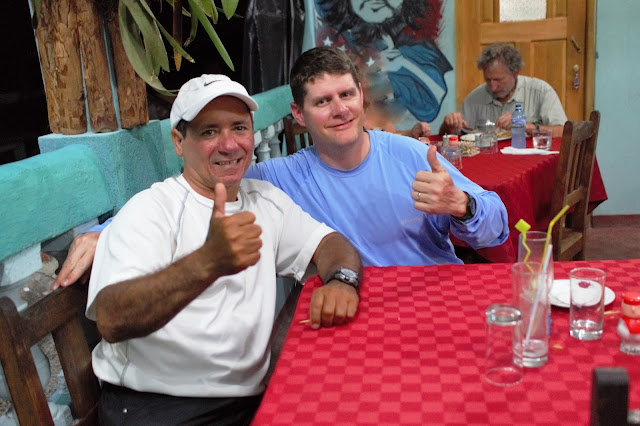 Posted by trashfisher at 9:40 PM