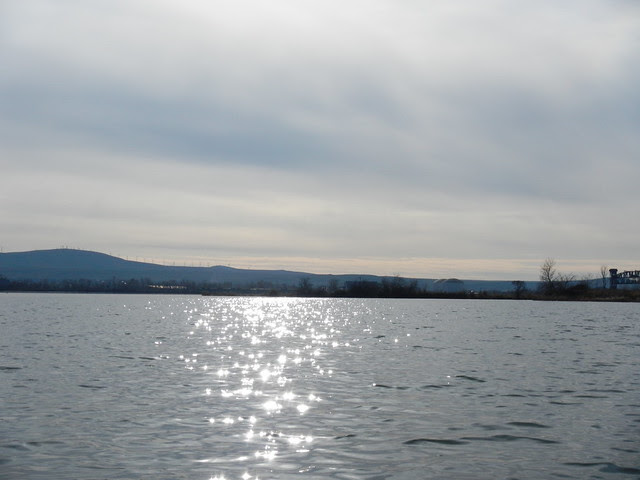 Every enthusiast who is passionate about a seasonal endeavor itches with anticipation for the moment of the transition from early season to full season. Adding to the anxiety is not knowing exactly when that moment will happen. Fly fishing for carp here usually begins in earnest in mid-May but I can't hold out that long. I'll head for the flats at the first hint of warmth in March or April even though I know that there will be few fish around and questionable conditions. A glutton for punishment I suppose but there is a silver lining; I've wet a line and added on more anticipation for the transition. I love the early season atmosphere too. Last years cat tails brown against the Spring sky is somewhat settling. Especially with the spring soundscape added in. And lastly there is a chance I might catch a fish.

Two weekends have been open for me in the wee hours of the 2013 carp season. On the day before April Fools Day I waded one of my favorite flats near town. There were a fair number of fish around but the turbid waters made it impossible to see the tailing carp until you were almost on top of them. Hence most of the carp I saw were already spooked. I did manage to not spook one fatty though. 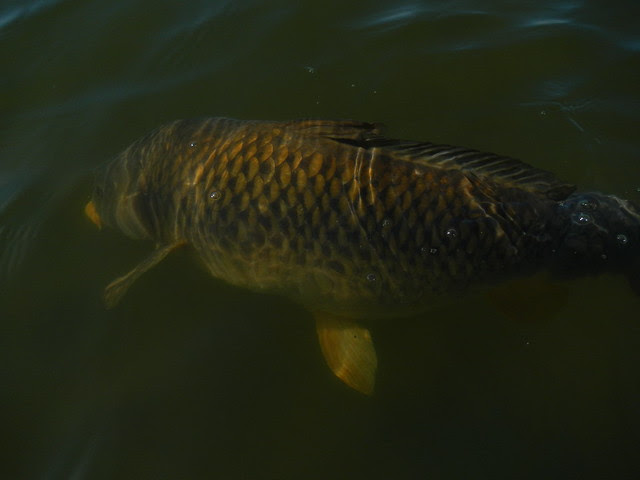 Even though I only caught one fish that day, it got the juices flowing. So I got into a fly tying frenzy and I dusted of the Mercy Creek Special. 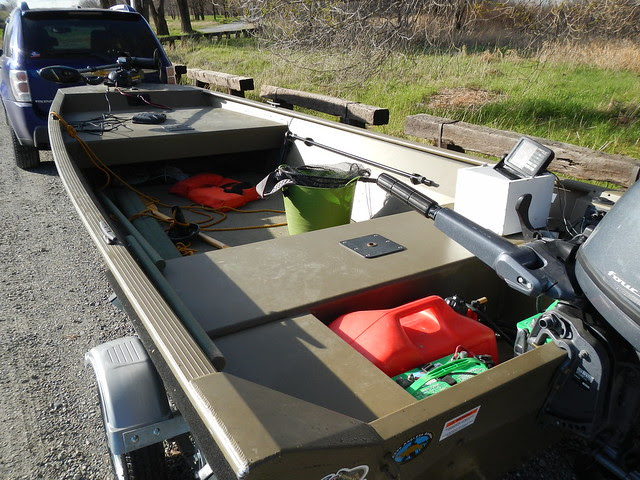 And I was back on the Big C again a couple of weekends later. This time the elements kept the Mercy Creek Special in port but my sea legs were anxious. So I took my long time friend Doug who had never caught a carp on the fly. Even though conditions were not optimal for first-time carping Doug was optimistic was really wanting to catch a carp. The wind was horrendous and made for really nasty wading with wader topping four foot waves in exposed areas so we absconded to quieter backwaters. We had to beat through the brambles to get there though. 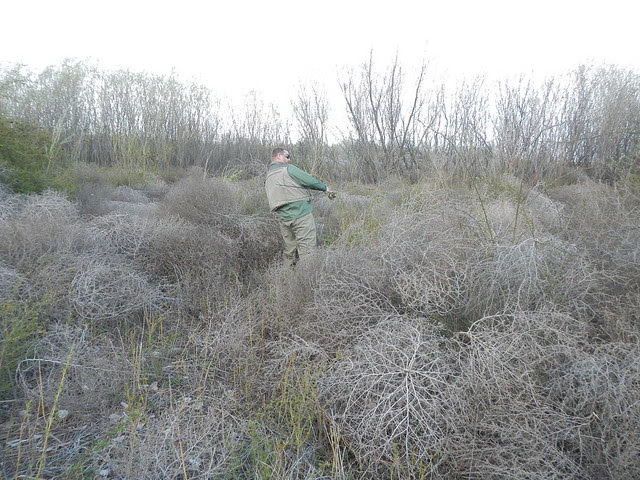 A few fish were raising hell in the muddy water so blind casting to swirls and where a carp last splashed was the name of the game. I mainly held back and let Doug get first crack at the action and he hooked up. 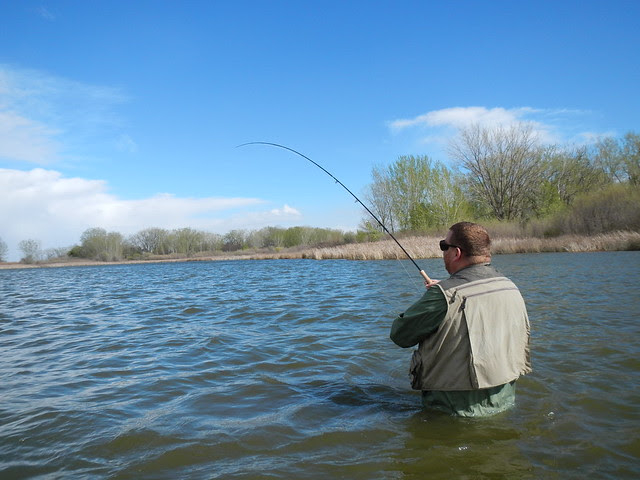 Doug never could get the fish's head up but I did see when he had it up close before it broke off. Never the less, Doug was stoked and is raring to get out carping again as am I. It's only going to get warmer and soon my anticipation will be abated. 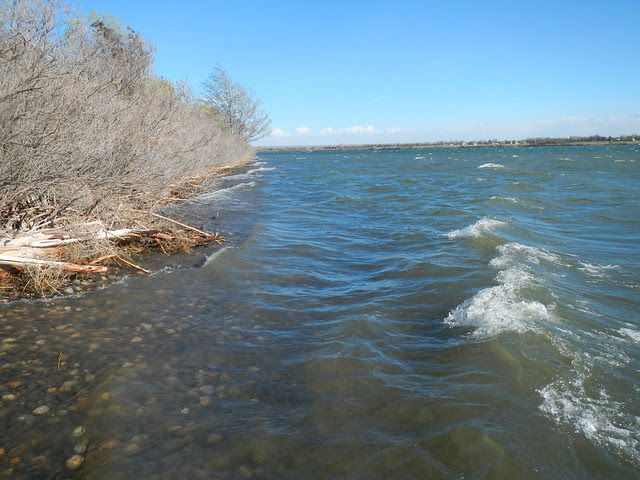 Posted by trashfisher at 6:14 PM