Tail of the Golem

I didn't go looking for Smaug the dragon or the ring of power or anything Tolken-esque but I did come across something resembling Golem. But there was a lot leading up to that. The flats were more like the Shire than Mordor considering the great conditions and numerous targets. I had to hike a bit before I got to the water and on the way I had two close encounters of the reptilian kind. Rattle snakes are quite common in the shrub steppe country of the Columbia Basin. So after wading for about forty-five minutes I was finally seeing carp. 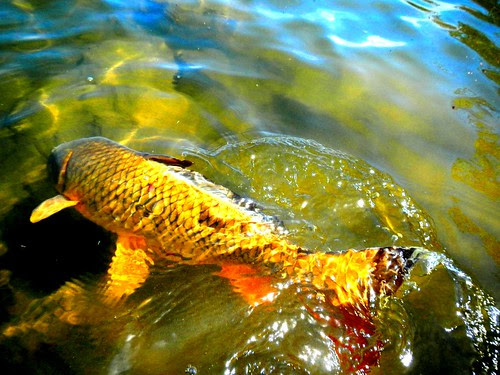 The first fish I caught was in a group three that were milling around slowly in a small sandy bay in  about o foot of water. I caught a few others in this spot too. These flats produced quite a few fish for the rest of the wade. But the most memorable take was about a fifty foot cast to a trailer in six inches of water with it's head angled away from me at about forty-five degrees. The fly landed a little behind the fish's left ear. A couple of short strips and the carp turned but didn eat until following the fly for two more sets of strips. That girl had a nice set of lips on her too. Next I found a small cove that five tailers in it. I was able to catch three of them before the other two were onto me. 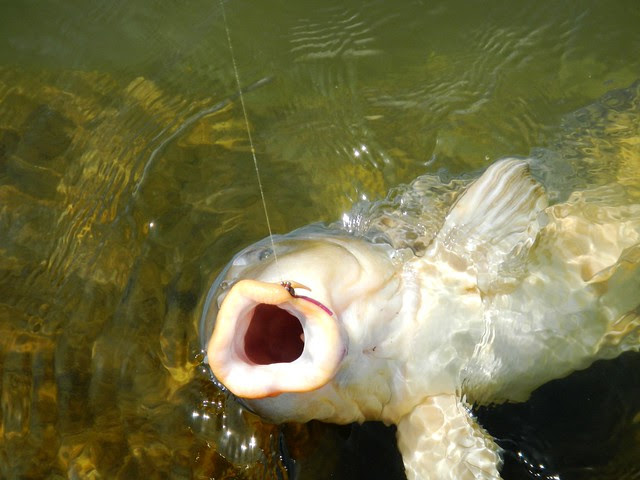 I caught several more carp until I got to the end of the flat. And there was some by-catch too. 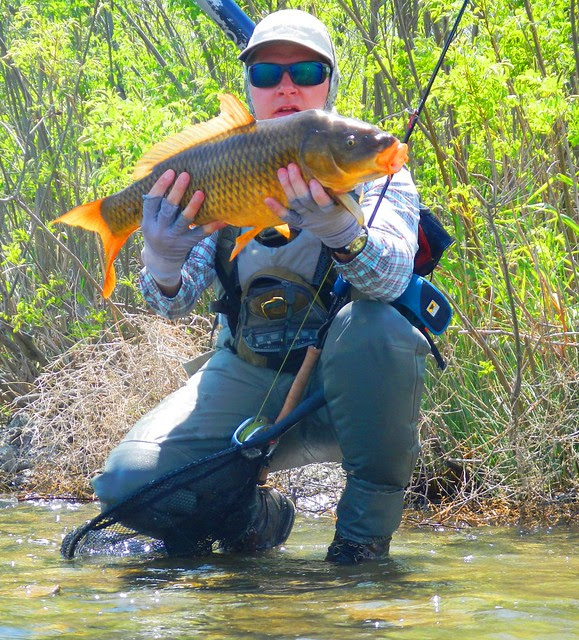 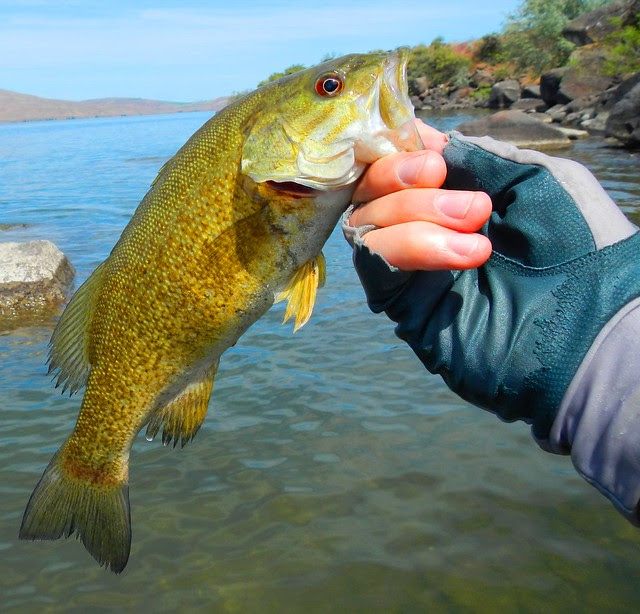 When I got to the end of the flat I still had plenty of time so I hit another spot. The carp there were all cruising in very still skinny water and they appeared to have pre-spawn tendencies. I didn't think I was going to catch any on this flat but I moved very slow to keep from spooking fish that were all around me. It was tough there but I did manage to catch a few. 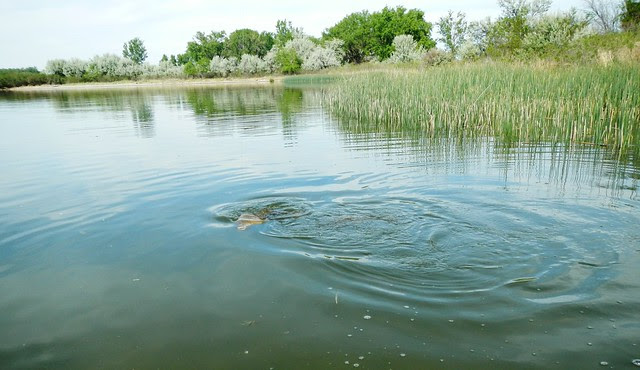 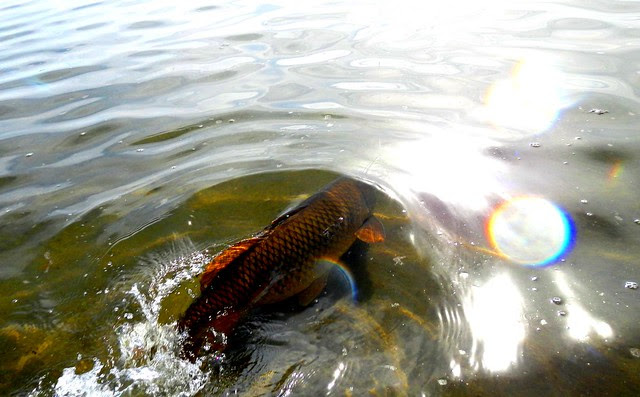 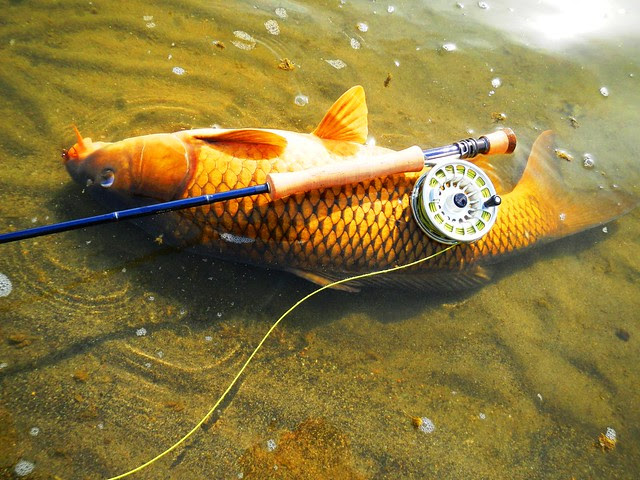 And then there was this strange ogle-eyed creature that looked like it got lost on its way back to the cave ponds beneath The Lonely Mountain. This carp had a much enlarged left eye reminiscent of a lion-head goldfish. When I looked closer at the eye it appeared to have some sort of small egg-like structures rolling around in it. Needless to say this was very interesting and I have had a course in parasitology so in no way was I going to touch that thing. The thought of it makes me itch as I write this. 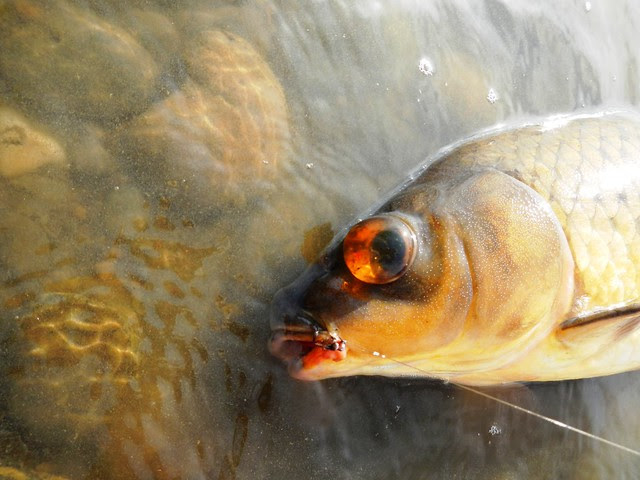 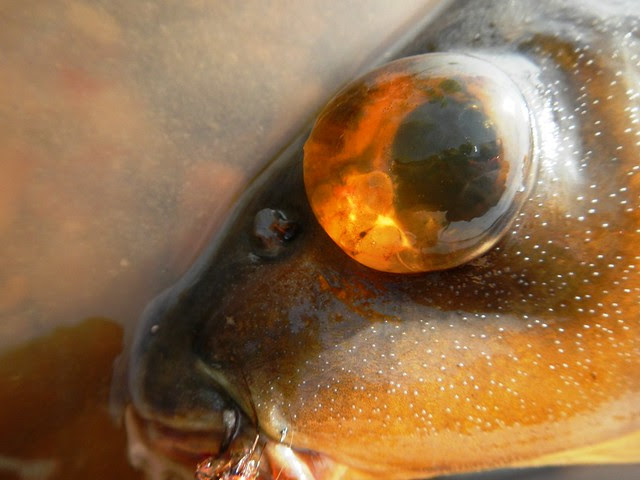 By all means if anyone has any idea what creature has afflicted this poor fish I would like to know. But it was a great day. I caught a lot of fish with the biggest being about fifteen pounds and I caught Golem too. On the fly none the less!

Posted by trashfisher at 9:36 PM